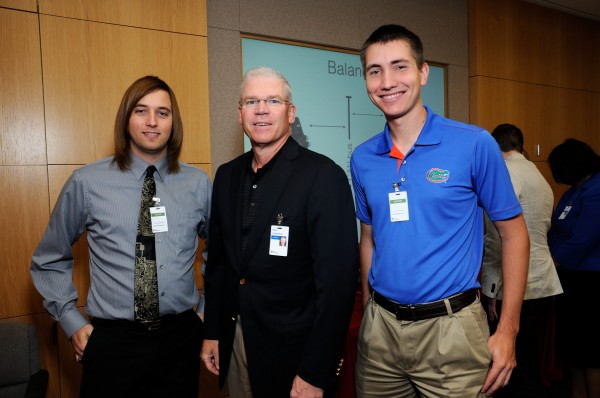 This past July, I was waiting to get on a subway somewhere deep in the urban sprawl of Osaka, when I decided to check my email, as I am often wont to do. Usually I idly pass the time unsubscribing from newsletters I don’t even remember joining, but this time was different. I noticed an email from Texas Instruments, and what do you know, my senior design project placed in the top three of Texas Instruments’ Innovation Design Challenge! Fast forward a few weeks and I found myself in Dallas with my senior design partner, Kevin Runda. You see, TI invited us out for a bit of pomp and circumstance before announcing just how we had placed within the top three. The schedule was packed, starting with some presentations about TI (as if we didn’t know who they were already!), followed by a tour of Kilby Labs and filming a quick demo/marketing video about our project. Let it never be said TI doesn’t know how to treat you like a winner, because next they drove us out to a nice steakhouse for dinner and some socialization with TI engineers, who were every bit as awesome as the filet mignon (yes I’m bragging). Day two was the most hectic, however, since we started the morning with a presentation of our demos to head honcho Rich Templeton himself! Talk about a nail biter. I’m pretty sure the time he spent with us was more valuable than my annual salary! (EDIT: I decided to calculate this. It’s not my annual salary, but it would take me over two weeks to earn!) After that, it was all a downhill flurry of events, with a small awards ceremony, and a lunch tour of TI’s Richardson, TX silicon wafer fabrication facility (lovingly called RFAB). We came in third place, and I can accept that after meeting the other winners (who I must say, were some cool people with some RAD projects!).

In the future I’ll be writing a post about our project, but for now, if you’re interested in the Universal Interface Cube, check out our project page at TI.com, or our youtube video, which I made in two hours before leaving on an international flight.

[UPDATE] TI profiled me in the lead-in to the 2015 competition! 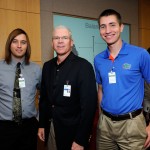 Me, Kevin, and Rich Templeton (CEO of TI!) 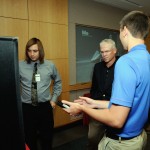 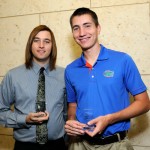 Me and Kevin, posing with our trophies. 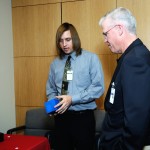 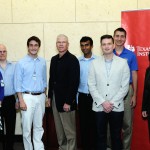 All of the TIIC 2014 prize winners, as well as the staff! 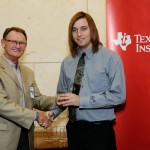 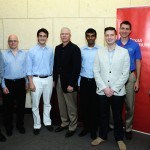 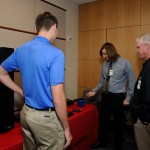 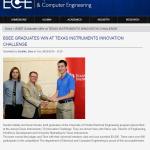 UF recognized us as well!